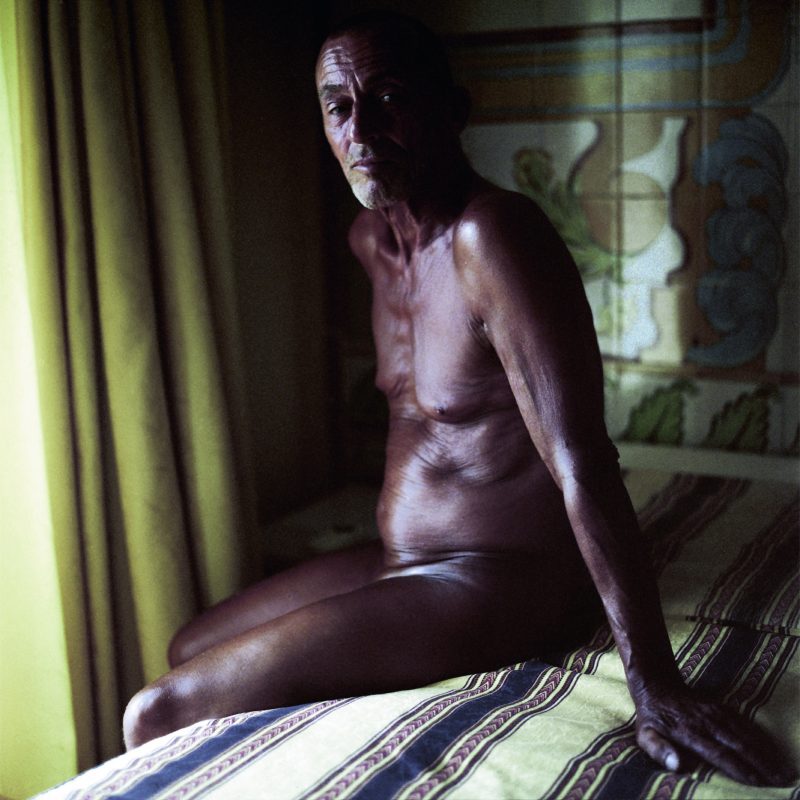 Der Wettbewerb ist beendet!
Titel: A shopworker in Vera Playa
Fotograf: Laura Schleder
Stimmen: ?
Ansichten: ?
Beschreibung: For me, there was always a certain and unfading fascination for subcultures – from German middle-class workers, dressing up as 18th century cowboys, spending their entire leisure time in a fake wild west village in the back yard of a farm to a part-time dominatrix, paying their family‘s bills in unconventional ways. It was while having a coffee with a foot fetishist that I figured out that it‘s these contradictions that fascinate me the most about human behaviour. Wearing a buttoned up shirt for 50 weeks then literally nothing but a pair of sandals for the rest of the year. And it was this very touristic approach to naturism that I shared with my parents till the end of my childhood which made me curious to have a second look at this phenomenon after years have passed. With Zona Naturista, I‘m re-visiting my own infant holiday destination. After not having seen the village of Vera for 15 years, it was in June 2018 that I took the flight from Düsseldorf to Almeria again. The smell of sun tan creme and the hordes of medium-matured naked bodies seemed so strangely familiar to me. I had been here before, but it has changed. Just like its guests, the naturists club resorts seemed to have went through its second adolescences already. There was no revolutionary spirit of the 60‘s and I couldn‘t sense any idealism of the early naturists at the turn of the 19th century (and I seriously doubt that one ever could). Right here, being naked was merely a hedonistic end in itself. But it was naked among nudists that I met people who clearly proved that there was still more to it than simply avoiding tan lines. These naturists did not hesitate to sell all their belongings elsewhere and start all over in a foreign country, just for the sake of being naked all day. And it was in between this group of naturists, seeking for their very personal definition of freedom and those fully commercialized all- inclusive nudists where I portrayed the protagonists of Zona Naturista.